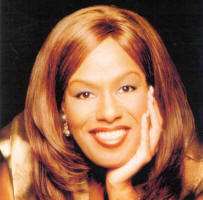 FestivalPride of Greater Fort Lauderdale is pleased to announce that Jennifer Holliday will be headlining this year's Stonewall Street Festival and Parade on June 20, 2010. Jennifer is a singer and Tony Award-winning actress. She started her career on Broadway in musicals such as "Dreamgirls" and later became a successful recording artist. She is best known for her debut single, the "Dreamgirls" showstopper and Grammy-winning R&B/Pop hit, "And I Am Telling You I'm Not Going".
The 2010 Stonewall Street Festival and Parade will be held on Sunday, June 20, 2010 and registration is now open. The popular parade starts at 11:00 a.m. runs directly through the festival area and is followed immediately by the festival which officially starts at 12:00 noon. The parade brings the crowd out and the activities keep the crowd. An expected 30,000 people are expected to attend this year.
The festival takes place on a 1/2 mile strip of Wilton Drive in Wilton Manors stretching from N.E. 20 Street on the west end to near North Dixie Highway on the east. Wilton Drive is internationally known as the heart of South Florida's gay community.
Posted by GoGayFortLauderdale at 7:26 AM